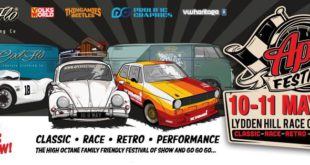 ClubGTi’ers we need you! Club GTI’s busy-track-filled month of May. Please read

ClubGTi’ers we need you! Club GTI’s busy-track-filled month of May. Please read

Starting at 8pm UK time. We should be finished about midnight if it all goes well. Hopefully this will put an end to the regular server crashes we’ve been seeing over the last few months. During the upgrade the website and forum will be unavailable.

Any server move brings a few risks with it, and it’s possible that it will take longer than planned if we have some unexpected problems, but the testing has worked, and we think it should be back up as normal on Saturday morning.

If it’s not back up on schedule around midnight, we hope that people will understand and be patient. After the upgrade is done, it should eliminate a lot of the problems we’ve had recently.

It’s possible we’ll have a few teething problems with forum functions after the upgrade. We’ll start a thread to report and resolve any issues once we’re up and running on the new server.

What makes up Club GTI? Club GTI is a well established Golf GTI Club that …